On Casual, you get to create visual workflows that consist of tasks that depend on each other.

Create tasks on the canvas and build up dependencies between them to build your workflow.

Creating a new task that is dependent on an existing task:

On Casual, tasks are arranged from top to bottom. You build up a workflow by creating dependencies between tasks. If you have a complex task then simply break it into smaller ones. You can always create a  Task Group.

A visual workflow is designed to: 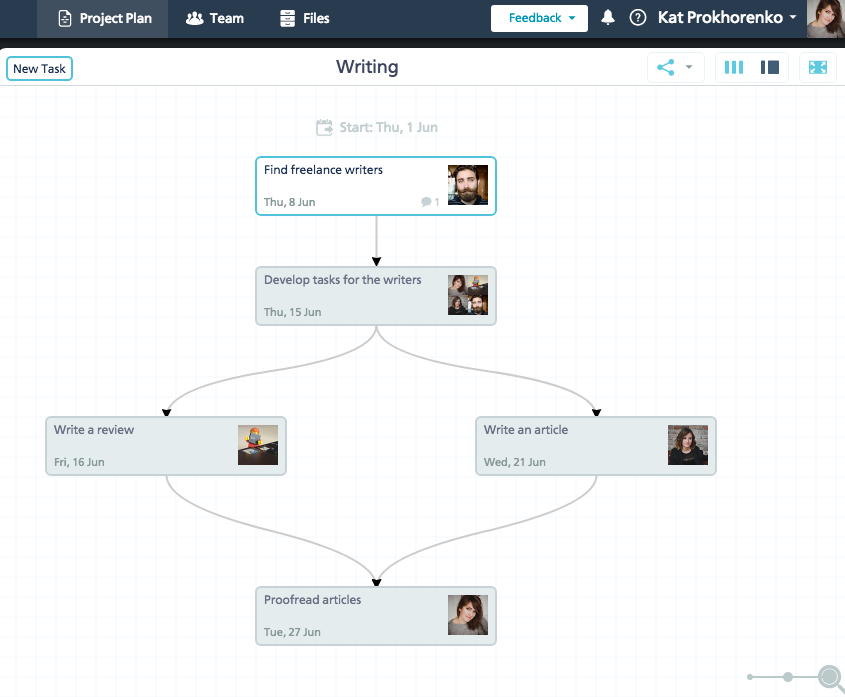 You can plan your first project after you get the idea of a workflow.